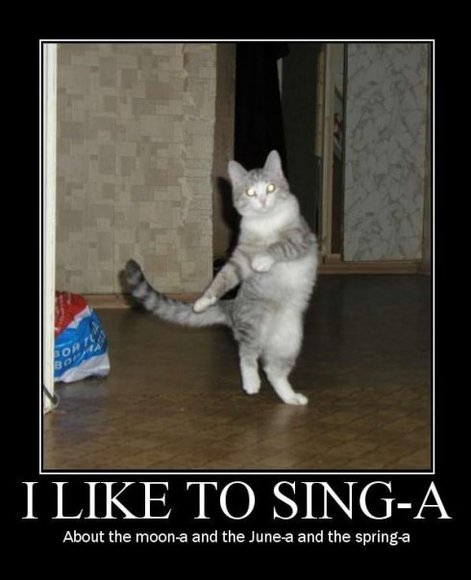 It’s another Friday night and I am at home (my flat), watching Harry Potter And The Order of Phoenix. It was totally none of my interest but I am too bored to go out and to do anything else. Suddenly I want to have a pet, a pug or a little kitty to cuddle or take a simple walk with. I always wanted to have a little pug but never had enough time to take care of. I can always bring him/ her back to my mom’s place but it would add in another burden for her since she is getting ready to welcome and nurture another grandchild within the next few weeks. She would probably yell at me but still grab the pug away because in the end, she loves pets and always take good care of them. That’s why my old fat cat can survive until now after freaking 19 years of his life. He’s still alive, not so fat anymore but still eating a lot and lazing around the house all the times.

I also have another feline called Kate. Kate is already 8 months old and she is a lovely and playing kitty. She loves getting attention from everybody especially from me pretty much because I only show up at my mom’s place once per week. She always purrs and slink around my feet. Kate’s favourite activity is rolling over one of my foot, grabbing my toes and playing with them. Kate eats a lot and she never gets fat. How envious I was toward her!!! Perhaps she has been rolling over everyone’s feet too much when I don’t.

Now from Harry Potter, it changed to Gothika, a ghost movie starred Halle Berry and so many don’t-know-who. I couldn’t understand the movie at all since it is all about ghosts, murders, revenge, blah blah blah and blah blah blah… I should go clubbing now. I should go to a pub now. Or to any music café that is playing jazz music or whatsoever. I should not stay at home, at all. Harry Potter is not in my age range and Halle Berry can’t become my idol. So what am I doing here in the flat? I don’t know and I’m bored. And boredom sucks!

Oh yeah, pretty much I can grab Eat, Pray, Love of Elizabeth Gilbert. I need some inspiration and encouragement from her. Elizabeth has never failed to entertain me with her simple yet humorous writing tone. She used to be so imbalanced and even wanted to commit suicide due to a chain of non-stop self-disappointment & year-long depression. Talking about depression makes me shrug. But Elizabeth has got over it pretty well, of course, after so many tough months and troubles she had. That’s why Eat, Pray, Love never fails to be one of the Best-selling book ever, which adapted journal-reviewing style and very close to life. Nothing so fancy yet very personal and delight in just her own way. I’m going to read it now for a little while and will spend the entire tomorrow morning with it so I can feel satisfied and blissful. It’s part of how I regain my confidence and balance after several days of stress.

On the second thought, I suddenly want to trade a pug for a kitty. Yvonne is having a sugar glider named Sugar Ray. Hell yeah, the funky punk band with a good-looking lead singer. I’ve never thought of adopting a sugar glider before but Yvonne already forewarned me that this little naughty pet needs a lot of attention, even more than a pug. Hmn… I don’t think sugar glider is a good choice for a pet, simply because I don’t have even enough time for myself. Sometimes I think to myself, it could be better if I become a pet, like a cat. I am going to purr and just sleep as much as I want and I can eat whenever I’m hungry (of course if food is fully provided by my caring and lovely owner). Isn’t it great to be lazy and alive at the same time? If there is karma and a next life after this, I would love to become a cat, adopted by a passionate owner (passionate but not too obsessive to fatten me).

I guess not yet…